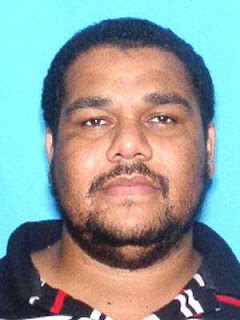 CLEWISTON, FL. -- The Florida Department of Law Enforcement and the Hendry County Sheriff’s Office announce the arrest of Lennox Joseph, 32, for the murder of a Clewiston man in May of this year. Immigration and Customs Enforcement agents took Joseph into custody last night at the Miami International Airport as he was trying to re-enter the country. Joseph is charged with one count of second-degree murder.

According to witnesses, on the evening of May 14, 2007, Joseph and another man entered a home at 570 Fleetwood, in Clewiston, Fla. After entering the home the two men allegedly exchanged gunfire with the victim John Tull, 44. Tull died at the scene and Joseph was later found at a Delray Beach hospital suffering from gunshot wounds to his face and arm. Shortly after Joseph’s release from the hospital he fled to Jamaica. A warrant was issued for his arrest. Police believe the shooting was a result of a dispute over a drug transaction.

Joseph was booked into the Miami-Dade Jail under no bond. Police are still searching for the second suspect. The investigation is on going.