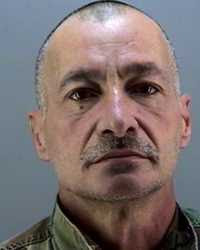 Investigators Find Another One In LaBelle

LABELLE, FL. -- Hendry County Sheriff's Deputies hit a fourth grow house in one week. According to Sheriff  Ronnie Lee, narcotic investigators executed a search warrant at 902 Patton Road. in Labelle on March 14 and located another marijuana growing operation within the residence.

The secluded property just east of State Road 29 in North LaBelle is owned by Andres Jimenez who according to the county records uses that address as his current mailing address. The property was ;purchased last year for $210,000

Numerous marijuana plants, along with all of the equipment used for cultivation of marijuana, were seized.
Posted by Don Browne at 2:47 PM