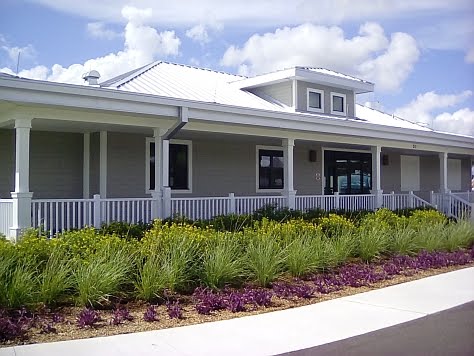 LABELLE, FL. -- The new terminal building at the LaBelle Municipal Airport is expected to open by the end of 2018.

The terminal building will feature a pilot’s lounge and conference room as well as an eventual restaurant which will be open to the public.

The FAA and FDOT also funded the design and construction of the asphalt apron, which is adjacent to the new terminal, to provide additional aircraft parking. Design of the terminal apron project commenced in May 2013 followed by construction in November 2014.

The funding from FDOT which was used to design and construct the terminal apron and the terminal building is specifically designated for aviation transportation projects and cannot be utilized for any other purposes.

No County funds were utilized to design or construct these projects. Construction of the new terminal project began on October 30, 2017. The contractor, Owen-Ames-Kimball Company, Inc., is currently finalizing punch list items associated with the building.

A ribbon cutting and grand opening ceremony will be announced once construction is complete.
Posted by Don Browne at 5:52 PM