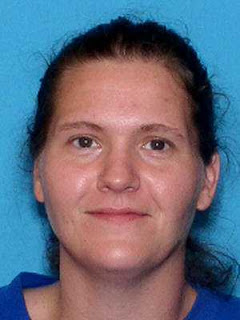 MOORE HAVEN, FL. -- Two Muse woman are under arrest after allegedly hiring a third person to kill a man in exchange for an automobile. The three then buried the body near a Muse barn, say investigators.

The Florida Department of Law Enforcement and the Glades County Sheriff's Office announce the arrest of two Glades County residents for the murder of a missing Lee County man. Police have issued an arrest warrant for a third suspect in the homicide. FDLE special agents and Glades County Sheriff's investigators arrested Hadassah Bakeev (photo top), 31, the wife of the victim, and Tabitha Labay (photo bottom), 33, Hadassah's sister, at their home in Muse, Fla. late last night. They are both charged with one count of first-degree murder, premeditated. 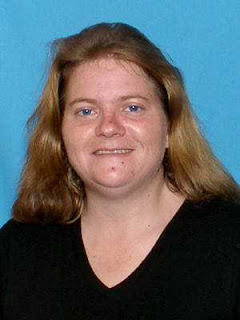 Last week, FDLE special agents received information concerning a homicide that had occurred several years ago in the Muse area of Glades County. Agents followed up on the information and discovered the victim, Davronjon Bakeev, 29, was reported missing to the Lee County Sheriff's Office on Nov. 23, 2002. Witness statements led authorities to a home at 25440 Dixie Road in Muse. Agents and investigators along with FDLE crime scene analysts and Glades County Sheriff's Office crime scene searched the property. On Aug. 21, skeletal remains were found buried in a shallow grave near a barn located on the property. The remains are believed to be Davronjon Bakeev.

According to witness statements, agents believe Davronjon Bakeev, who was estranged from his wife at the time, traveled to Muse from Lee County to visit his children and speak with his wife. During that visit, Davronjon Bakeev was allegedly attacked and shot with a handgun by a third person. Agents believe Hadassah contracted with the person to kill Davronjon Bakeev in exchange for an automobile. The three then allegedly disposed of the body and the victim's car.

Hadassah Bakeev and Tabitha Labay were booked into the Glades County Jail. The investigation is ongoing and additional arrests are expected.

Update: August 28 -- The third suspect in the murder of Davronjon Bakeev in Glades County has been arrested in Salem, Ohio.

Members of the Salem Police Department, Columbiana County Sheriff’s Office, and the United States Marshal Service took Jessy Castelucci, 25, into custody around 5 p.m. last night as he was leaving his sister’s home in Salem.

Castelucci is charged with first degree murder, premeditated. Castelucci is in the Columbiana County, Ohio jail awaiting extradition back to Florida. Two FDLE special agents are in Salem to interview the suspect.
Posted by Don Browne at 2:38 PM