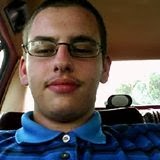 No Antidote For Deadly Toxin Teen Was Selling

Jesse William Korff, 19, of LaBelle, was arrested as a result of an investigation by U.S. Immigration and Customs Enforcement, Homeland Security Investigations (HSI) and the FBI. The criminal complaint charges Korff with one count of possession and transfer of a toxin for use as a weapon and one count of smuggling goods from the United States.

Korff, who had posted a listing for the sale of the toxin on a website known as “Black Market Reloaded” (BMR), was unaware the customer who responded was an undercover HSI agent.

Jesse William Korff was born on October, 17 1994 and had been living at 3590 Lantana Lane SW or 1508 Lantana Ln., LaBelle, in Glades County, Florida. Records indicate Debra Korff lived at that address before her death. The 1988 mobile home and property on 11 acres has been owned by Katherine and Jesse Korff, each sharing one-half interest, since 2011.

The property is south of the end of Tom Coker Road in Muse, Florida in a very remote and heavily wooded area. FBI investigators were still on the scene with a dozen black vehicles and vans Tuesday afternoon and a guard to stop vehicles traveling near the property.

How Dangerous Is Abrin?

Abin is found in the seeds of the rosary pea or jequirity pea, a common plant in the Florida area.  It can be made in the form of a powder, a mist, a pellet, or it can be dissolved in water.

The usually bright red seeds of the rosary pea have been used to make beaded jewelry, which can lead to abrin poisoning if even a single one is swallowed. The outer shell of the seed protects the contents from the stomachs of most mammals. Abrin has some potential medical uses, such as in treatment to kill cancer cells.

If someone swallows a small amount of abrin, he or she will develop vomiting and diarrhea that may become bloody. Severe dehydration may be the result, followed by low blood pressure. Other signs or symptoms may include hallucinations, seizures, and blood in the urine. Within several days, the person’s liver, spleen, and kidneys might stop working, and the person will die. There is no antidote for abrin poisoning.

The U.S. Centers for Disease Control and Prevention (CDC) administers the Select Agent Program (SAP), which regulates the laboratories which may possess, use, or transfer select agents within the United States. The SAP was established to satisfy requirements of the USA PATRIOT Act of 2001 and the Public Health Security and Bioterrorism Preparedness and Response Act of 2002, which were enacted in the wake of the September 11, 2001 attacks and the subsequent 2001 anthrax attacks.
The defendant is scheduled for an initial appearance and bail hearing this afternoon before U.S. Magistrate Judge Douglas N. Frazier in Fort Myers, Fla., federal court. He will be brought to New Jersey to appear in Newark federal court on a date to be determined.

“The criminal complaint alleges Jesse Korff was willing to sell a potentially deadly toxin to a stranger over the Internet,” said U.S. Attorney Fishman. “He allegedly peddled the poison on a virtual black market of illegal and dangerous goods, hidden in the shadow of a secretive computer network favored by cybercriminals. Had this been an actual sale to a real customer, the consequences could have been tragic. Fortunately, an undercover law enforcement officer posing as a buyer was able to get a dangerous chemical weapon and its alleged seller off our streets.”

“HSI has worked tirelessly with the FBI and other law enforcement partners to combat underground websites such as BMR,” said Andrew McLees, Special Agent in Charge of HSI Newark. “Anyone who can sell abrin, a potential agent for chemical terrorism, must be stopped. The arrest of Korff shows HSI’s commitment to protecting the public from individuals who show a callous disregard for their safety in the interest of making a buck.”

According to the criminal complaint:

Beginning in April 2013, HSI special agents conducted an investigation of illicit sales activity on BMR. The website provides a platform for vendors and buyers to conduct anonymous online transactions involving the sale of a variety of illegal goods, including biological agents, toxins, firearms, ammunition, explosives, narcotics and counterfeit items. Unlike mainstream e-commerce websites, BMR is only accessible via the Tor network – a special computer network designed to enable users to conceal their identities and locations. Transactions on BMR are conducted using Bitcoin, a decentralized form of electronic currency that only exists online.

Korff maintained a seller’s profile on BMR, through which he negotiated the sale of two liquid doses of abrin to the undercover agent. During their online conversations, Korff told the buyer about his delivery methods – concealing vials in a carved-out and re-melted candle – and discussed how much abrin was needed to kill a person of a particular weight and how best to administer the toxin. Korff also assured the buyer that a victim’s death would appear to be a bad case of the flu.

Korff and the buyer agreed on a total purchase price of $2,500 for two doses of the poison. The undercover transferred a deposit – the equivalent of $1,500 in Bitcoin – from a bank account in New Jersey to Korff on Jan. 6, 2014. The pair agreed that the buyer would travel from Canada on Jan. 15, 2014, to retrieve the abrin from a prearranged location. Korff sent the agent pictures of a specific spot at a rest stop approximately 10 miles outside Fort Myers where he planned to leave the package.

On the arranged day, Korff dropped off a fast food bag containing two wax candles at the location. An undercover agent collected the bag and left behind an additional deposit toward the remaining payment. Law enforcement had Korff under surveillance throughout the transaction.

The candles were found to contain vials of liquid containing a detectable amount of abrin. Even small doses of abrin are potentially lethal to humans if ingested, inhaled or injected – causing death within 36 to 72 hours from the time of exposure.

Who Is Jesse Korff?

And in July 2011, "2 people stand 1 got ta go 1 falls down to the ground 1 walks down to the road, mamma better call the police now hes screaming no bitch took a buckshot to the chest with a 3 1/5 inch mag and shes moving slow DONT MAKE ME GO POP THE TRUNK ON YOU!

His Facebook page says he graduated from Florida Virtual School in October and incorrectly says he was born in 1990, four years before his actual birth.

The U.S. Attorney also recognized the FBI’s Joint Terrorism Task Force, including and along with the U.S. Postal Inspection Service and the Glades County, Hendry County and Lee County Sheriff’s Offices for their assistance. Vital support was provided by the Justice Department’s National Security Division Counterterrorism Section in Washington and the U.S. Attorney’s Office for the Middle District of Florida.