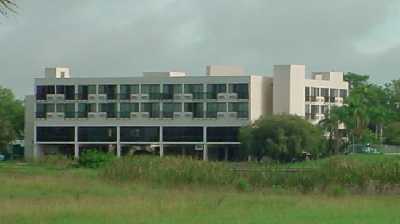 LABELLE, FL. -- At a well attended public meeting of the Hendry County Local Planning Agency Wednesday night, four of the seven member board voted to disapprove of St. Matthews House of Collier County's application for a special exception to operate a non-profit drug and alcohol rehabilitation center at the Port LaBelle Inn in Port LaBelle, Florida.

The non-profit group has a real estate purchase contract to buy the 33-year old hotel and restaurant facility from it's Ohio owner, subject to getting approval to operate the 48 room facility to house former substance abusers.

The sales contract was written to close on the property before the end of 2013, but now, problems in getting government zoning approvals have delayed the purchase. Surrounding condo and townhouse owners as well as nearby single family homeowners have soundly taken up the challenge to fight against the St. Matthews House proposal.

At the Wednesday meeting 109 citizens showed up and signed "comment" cards indicating their objections to granting a special exception to St. Matthews House for a rehab facility.

A first vote of the seven-member LPA board had member Tom Corbitt abstaining from voting. Dave Castor voted against approval as did Victor Blanford and Doc Weaver. Voting for approval were Scott Cooper, Wayne Simmons and Orville Howard.

Corbitt, as reasons for abstaining from the vote, said he is part of a group trying to establish a golf course in the area, and the group wants the Port LaBelle Inn to continue as a public facility and fully open to the public.

There once was a 27 hold golf course surrounding the hotel. The hotel property is shown on current land usage maps as platted for leisure and recreational use.

After the split vote at 3-3, the board decided to continue discussion and re-vote prior to sending it's recommendation the the Hendry County Commissioners for their final vote on the matter.

After more discussion, a new vote was taken with Orville Howard now changing his mind and voting against the proposed special exception for St. Matthews House. The vote was now 4 for a recommendation to the County Commission to disapprove and 2 for approval.

The Hendry County Commission will hold a final public meeting at the Courthouse on Tuesday, January 28 to decide whether to take the recommendation of the Local Planning Agency, and it's own Zoning and Planning Department, both having now recommended against approval of granting a special exception for Saint Matthews House.

The Glades County Commission has also recommended against the proposal, acting on behalf of it's citizens who live just across the Hendry county line from the Port LaBelle Inn, and being that part of the hotel's parking lot is in Glades county.

Update: At the January 28 Hendry County Commission meeting, with an overflow audience of citizens attending, all county commissioners voted against St. Matthews House's application for a special exception, following the recommendation of both the Local Planning Agency and the Zoning Department.