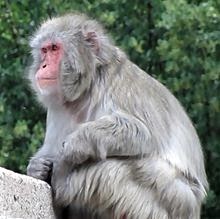 Circuit Court Judge James Sloan ultimately found that the county’s approval of the primate breeding facilities was not illegal because the county had historically approved similar facilities in the early 2000s.

The Animal Legal Defense Fund is appealing the July ruling, alleging that Hendry County staff engaged in legislative policy-making subject to the requirements of the Sunshine Law when they decided to approve primate breeding facilities as “animal husbandry” for agricultural zoning purposes.

“Animal husbandry” is plainly defined as raising only domestic animals, and does not include primates or other exotic animals. Because the historic approval of similar facilities in the early 2000s also occurred in violation of the Sunshine Law, that historic precedent cannot justify Hendry County’s more recent approvals of the SoFlo Ag and Panther Tracts facilities, say ALDF attorneys.

The appeal will be heard by the Florida Second District Court of Appeal.

“The Sunshine Law exists precisely because decisions as important as whether to open primate breeding facilities should not take place behind closed doors,” says Animal Legal Defense Fund Executive Director Stephen Wells. “The citizens of Hendry County have a right to know what their government is doing and a government that follows the law.”

The Animal Legal Defense Fund was founded in 1979 to protect the lives and advance the interests of animals through the legal system. To accomplish this mission, the Animal Legal Defense Fund files high-impact lawsuits to protect animals from harm; provides free legal assistance and training to prosecutors to assure that animal abusers are punished for their crimes; supports tough animal protection legislation and fights harmful legislation; and provides resources and opportunities to law students and professionals to advance the emerging field of animal law.
Posted by Don Browne at 6:33 PM