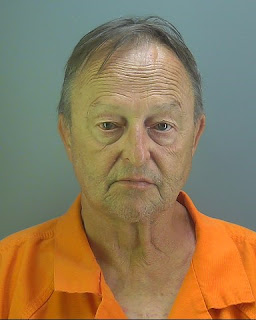 LABELLE, FL. -- At approximately 9:50pm on Wednesday night, September 25, 2019, Hendry County Deputies responded to a home at 378 Clark Street, in LaBelle. The daughter of Branty and Lea Burnside dialed 911 and reported to Hendry County Dispatchers that she had just received a call from her father, who told her he had just shot and killed her mother and told her to call the deputies.

When Hendry County Deputies arrived on scene, Mr. Burnside came out of the house with his hands up, surrendering to deputies. Mr. Burnside told deputies that he and his wife, 52 year old Lea Burnside, a Hendry county teacher, had been married for 30 years. Brantley advised during a statement with detectives, that he and his wife have been arguing consistently since May with it intensifying last night.

Branty Burnside, 61 years of age, was taken into custody and placed under arrest on charges of 2nd degree Murder for the death of his wife. Currently Mr. Burnside is being held in the Hendry County Jail with no bond.