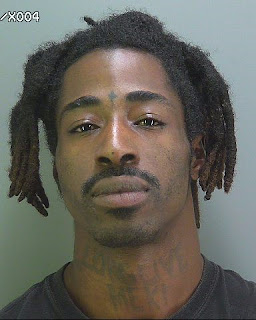 Richemond is also a person of interest in the death of Jamal “Jampack” Hubert, a 30 year old man whose body was recovered in a canal in Palm Beach County.

Sheriff Whidden stated, “It is believed that Richemond may have had some involvement in Hubert’s death”.

Richemond, 29, 5' 7", 150 lbs. has a last known address of 501 S W.C. Owens, Clewiston on August 1. He was last arrested in Hendry county on August 1 and released on bond August 6 on numerous drug and weapons and child neglest charges.