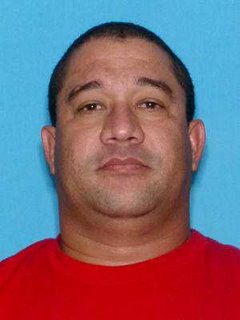 According to Detective Steve Harris, 32 mature five to six foot plants were seized as well as air conditioning units, fertilizers and various lights and cultivation equipment. The plants that were seized were almost ready for "harvest" and would yield approximately one to two pounds of excellent quality hydroponically grown marijuana for each plant with an estimated street value of $4000.00 per pound.

During the investigation which lead to the arrest of Jose Abel Marquez (DOB 7/20/71) it was discovered that Marquez was renting the home for what appeared to be the sole purpose of growing marijuana. The new home had a privacy fence around the back yard and was located in a remote area of Glades County's far eastern Port LaBelle section, about as far away from the Glades Sheriff's office as would be possible.

This is the third indoor marijuana grow operation that has been discovered in Glades County within the last six months. Sheriff Whiddon encourages the citizens of Glades County to contact his office confidentially at (863)946-1600, for any tips or information.