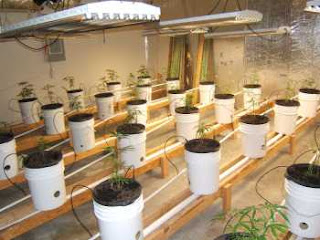 Deputies seized several young marijuana plants along with all the equipment used to cultivate and harvest the marijuana.  Armando Serrano, age 38, attempted to escape when Investigators arrived, but was apprehended as he exited the rear door.

Sheriff Lee said based on the evidence located at the scene, Serrano resides at this house, however as with most of the other 29 "grow houses" located in Hendry County within the past three years, the property owner lives in another county.

The new home is owned by Layte Hernandez, a single woman from Southwest Miami. Hernandez purchased the home April 2006 for $233,400. The home was sold by CHL Homes and subject to a $186,400 mortgage to IndyMac Bank in California plus an equity line of credit at the same time for $46,600. This makes the Hernandez  house a "nothing down" purchase on an investment rental property.

The home, just north of Cowboy Way east of the Port LaBelle waste treatment plant is in a fairly remote area with few other homes in the neighborhood.