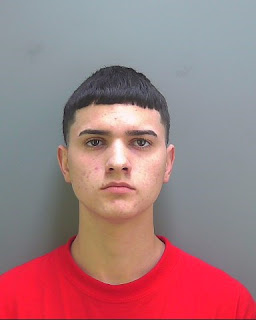 On Friday, December 27, 2019 19 year old Benjamin Nieves was arrested and transported to the Hendry County Jail on charges of Murder and Attempted Murder.

On November 10, at approximately 8:00 pm, Hendry County Sheriff’s Office Communications Center received a call reporting a shooting at 6495 S. State Road 29. When deputies arrived on scene they found Salas lying on the front porch of his home and another man suffering from gunshot wounds.

Thru a comprehensive investigation it was determined that Nieves, along with three other individuals had come to Salas’ home. When the visitors began to leave the residence of Salas an argument ensued.

Major Crimes Investigators, with the assistance of the Hendry County Vice-Narcotics Unit and the US Marshals Office were able to locate and safely take Nieves into custody.

Nieves was booked into the Hendry County Jail on charges of Homicide, Attempted Homicide and shooting into an occupied dwelling. Nieves is currently being held with No Bond.
Posted by Don Browne at 6:23 PM