How Smart Meters And Other Devices May Make People Sick 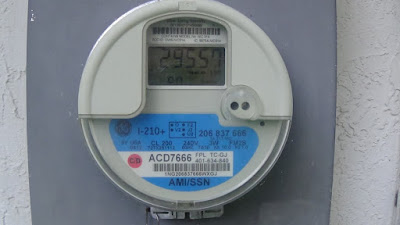 Are We Gambling With Health When Using Smart Meters And Devices In Our Homes?


Cindy Sage, an environmental consultant has been critical of smart electric meters and electronic devices that emit radio frequencies, possibly causing damage to our bodies, and has warned that government and corporate interests have often clashed in assessing the dangers of RF energy of devices on the human body.

Sage warns that without more evidence, there is a possibility of disability and illness to some individuals caused by the emitted radiation from smart meters as well as other electronic devices in our homes and businesses.

The FCC in the United States is mandated with the task of providing safe levels of radio frequency radiation levels from electronic devices, but Sage believes the "safe" levels currently set may not be sufficient to prevent damage to humans.

She has criticized public utility commission rulings which rely on FCC exposure levels to determine if permission is given to install smart meters at homes, noting that studies provided by utility companies typically may not have tested the specific conditions under which the smart meters are installed at residences, including information about the particular antenna models and makes, and the duty cycle being used, that is, how long the device is radiating RF energy, and whether consideration is taken when more than one smart meter is installed along a residence wall.

Although a very technical issue, it is considered that the smart meter's typical transmitted frequency at 915 Megahertz and 2405 Megahertz may be safe at exposures of 0.11 micro watts per square centimeter at a distance of 10 feet to a healthy adult. But studies have shown adverse health impacts at levels above that, based on RF exposure studies from cell towers.

The problem says Sage, is that no data is usually provided by utility companies or manufactures of the equipment about safe levels for other than 'healthy' adults and leaving issues about levels at varying distances, and unknown measurements from various models and manufacturers of the RF emitting devices, leaving an unknown health risk. especially to individuals who may be more sensitive to radio frequency energy at these extreme high frequencies, approximately at the same frequency as a microwave oven.

FCC's data assumes that there is no danger from high frequency radiation. but the current standards prevent only heating and burning of tissues, and any shock hazard. The higher the frequency and power, and the closer to the device radiating RF energy, the more danger there is to effects that can damage human tissue. (That's how microwave ovens work, RF energy heating up the food in the device.)

Smart electronic meters measuring electric use are not the only devices that may be problematic. Smart water meters are now common outside homes electronically measuring water usage and sending the data by radio frequency to a nearby tower which is relayed to the utility company. Smart speakers may be sitting on your table, also sending out high frequency radio waves and causing possible damage to you if you are located within a few feet of the device. And home are increasingly become "smart" with wireless doorbells, cameras, and other IoT devices continuously emitting RF energy.

Sage says the current information about the danger of RF energy from electronic devices is too limited and is not useful to determine real damage to humans by RF emitting devices. and the estimates of dangers to chronic danger may be entirely underestimated, noting "No one can reconcile or separate reasonable from unreasonable RF predictions without some better, more systematic computer modeling of RF exposures."