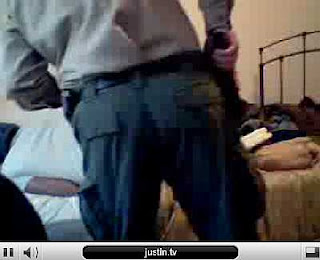 Biggs was said to have overdosed on pills while on camera, but reportedly was alive for hours until the Broward county Sheriff's department was notified. According to a news reports on newteevee.com "The video kept running until police and EMTs broke Biggs' door down and blocked the camera's view."

Biggs' live broadcasting screen name and channel on Justin.tv was called "feels_like_ecstacy" and the channel has now been taken down, including any archives of the event.

Newteevee.com reports that "Justin.tv has already come under fire for another problem with live broadcasts ­ copyright infringement. The Premier League is reportedly threatening legal action against the site over unauthorized broadcasts of soccer games."