History Lessons May Predict The Results For 2012 Presidential Winner 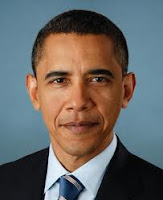 It's going to be close, both President Obama and Mitt Romney predicts a win for themselves. But would you want to bet on the outcome, or maybe just flip a coin to determine the winner today.

And that's assuming there's going to be a winner. Everyone should have their lawyers ready for what may be the inevitable legal battles that are sure to be seen in coming hours.

The closest Electoral College vote was in 1876 when Rutherford Hayes (R) defeats Samuel Tilden (D) by 1 Electoral Vote, but loses the popular vote to Tilden by 3%.

Here's a list (in order of the winning margin of Electoral Votes) demonstrating how the popular vote can be very close even with a large difference in the College vote:

-data courtesy Ryan Borek
Posted by Don Browne at 6:06 AM