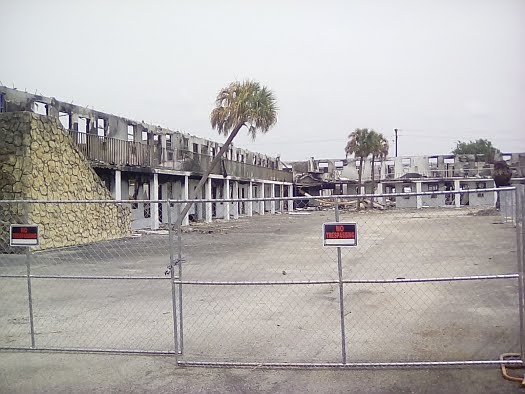 Glades County Sherriff’s Office Dispatch was notified on April 10, 2016 at 5:25pm that a fire was spotted at the Glades Inn. Central District firefighter arrived on scene and was able to put the fire out by 7:20 pm.

Glades County Sherriff’s Office was notified at 2:00am April 11, 2016 that a fire was spotted at the Glades Inn. When Central District (Moore Haven) arrived the north side of the building was engulfed
in flames. This eventually spread to the entire building. The structure has been considered a total loss.

The State Fire Marshall was on scene to do an investigation into how the fire started. The flames were contained by 7:15am.
Posted by Don Browne at 1:07 PM