71 Plants Found After Search Of Trailer On Case Road 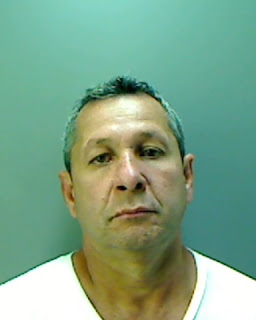 LABELLE, FL. -- On May 26, 2016 at approximately 10pm, Hendry County Sheriff’s Deputies responded to a call about a 600 lb. hog loose in the 1200 block of Case Road of LaBelle. Once the hog was located the deputies made contact with the owner, 52 year old Ermelio Marquez Quinta.

While deputies were helping get the hog back onto its own property, they smelled the odor of live marijuana coming from a semi trailer on Quinta’s property. The trailer had power cords and water running to it, as well.

Sheriff’s Deputies made contact with the HCSO Narcotics Detectives to investigate. Due to the items found and the smell coming from the trailer, the Narcotics Detectives obtained a warrant to search the trailer. Quinta had a title for the trailer in his name and the trailer was on his property. When the deputies entered the semi trailer they found 71 live marijuana plants. The estimated street value is over $200,000 for the plants found.

Quinta was arrested and booked in the Hendry County Jail on charges of Trafficking Marijuana, Cultivation of Marijuana, and Possession of Structure for Manufacturing a Controlled Substance, along with Possession of Drug Paraphernalia. Quinta was released on a $75,000 bond on May 29, 2016.
Posted by Don Browne at 2:24 PM