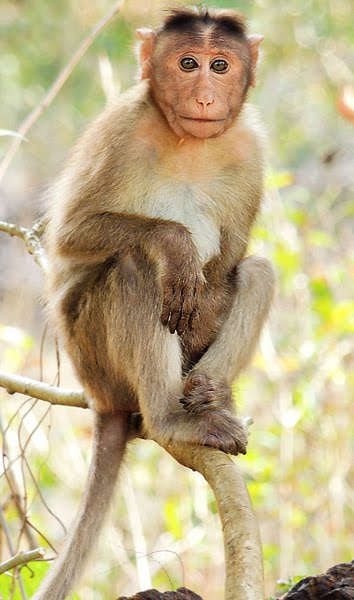 LABELLE, FL. -- The Animal Legal Defense Fund, an advocacy organization for animals, is continuing its fight to revoke permits for two new primate breeding facilities SoFlo Ag and Panther Tracts, headed to court this morning, June 27 at 9 a.m. to argue against Hendry County on behalf of three concerned residents.

The lawsuit seeking injuctive relief and a judgment brought by Carol Grey, William "Billy" Stephens, and Keely Cinkota alleges Hendry County officials’ granting of permits in 2012 and 2013 was a violation of Florida’s open government law, the “Sunshine Law” and seeks to prevent the breeding of thousands of monkeys near residential areas in western and southern Hendry County.

The three plaintiffs, through attorney Justine Thompson Cowan, of Cowan Consulting for Non-Profits in Orlando and attorneys Christopher Berry and Kelsey Eberly from the Animal Legal Defense Fund in California contend Hendry County was required to hold public meetings before approving the development of the two monkey breeding facilities. They argue county planning department staff made changes to county zoning codes to allow wild animal breeding in agricultural areas where no ordinance existed before, and did not ever give the public or nearby land owners any notice of these changes to county zoning law.

At trial this morning former associate county planner Sarah Catala, now running for a Hendry County Commission seat testified how the county determined that any animal can be bred on farms here, as well as current County Planner Margaret Emblidge who said because of the definition her office and county attorney Mark F. Lapp devised in October of 2015 for animal breeding, any type of animal in any number can be bred on farms in Hendry county with no notice whatsoever required to be given to nearby property owners or the public.

Emblidge told attorney Cowan there is no incompatible use of any animal on agricultural land in Hendry county. She responded when Cowan asked if rhinos or tigers, or even elephants could be raised on Hendry breeding farms without any hearings or public notice.


The non-human primate breeding facilities would potentially breed thousands of macaque monkeys to be sold to the biomedical research industry for vivisection (animal testing), are slated to be built in areas zoned for “agriculture,” usually previously reserved for raising domesticated animals and growing crops.

“The public has a right to know what is going on in their backyards,” said Stephen Wells, Animal Legal Defense Fund Executive Director. “Florida’s Sunshine Law was designed to prohibit exactly the kind of back-room dealings that led to Hendry County’s approval of biomedical primate breeding facilities in a traditional agricultural neighborhood without any public notice whatsoever.”

ALDF contends not only are the proposed facility conditions cruel and inhumane for the monkeys being bred, but there are dangers associated with importing exotic animals to the U.S. Possession of primates like macaques is regulated by federal and state agencies due to the threat of disease carried by these animals, including Ebola, Herpes B, tuberculosis, and parasites.

Circuit Judge James D. Sloan has disallowed any argument in court however regarding diseases from monkeys.

The trial will continue today and tomorrow at the Hendry County Courthouse, 3rd floor. The county is represented by attorneys Edward Alexander Dion of Fort Lauderdale and Mark Lapp. Dion specializes in government law and has practiced 37 years.

UPDATE: The trial has ended and the parties are to provide proposed orders to Judge Sloan after which he will issue an order on the case in a few weeks. A second case against monkey breeding companies is also pending in Sloan's court.  See Sam Tommie Sues Monkey Farms