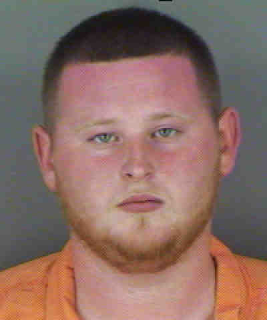 LABELLE, FL. -- Robert Cheney has been arrested in the murder of a teenager in 2015. Collier County Detectives arrested Cheney in connection with the January 2015 shooting that left one teenager dead and another injured in Golden Gate Estates in Collier county..

Detectives say Cruz shot the victims as they were sitting in their vehicle around 10 p.m. in the 2300 block of 50th Avenue Northeast. Aleman died at the scene. Stallone was able to exit the vehicle and obtain help from nearby residents. Stallone provided deputies with Cruz’s name and a vehicle description.

During their investigation detectives obtained additional information and physical evidence linking Cheney to the crime.

On Monday the CCSO Homicide Section obtained a warrant for Cheney’s arrest. That same day Cheney was arrested on the Collier County warrant when he showed up to the state Probation office in LaBelle. Cheney was living in a mobile home at 250 Trader Road in LaBelle.

Cheney had been arrested in Collier county in March for four drug related charges of marijuana and controlled drugs.