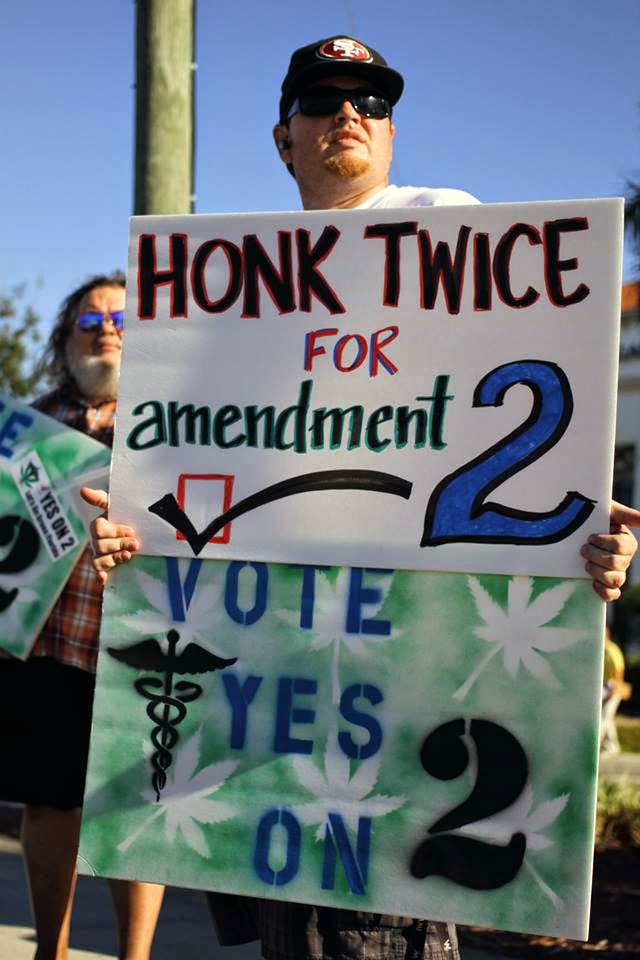 LABELLE, FL. -- Supporter of Amendment 2 will be holding a rally in LaBelle on Saturday, November 1 says organizer Paul Harper.  Harper has been involved in several rallies in Southwest Florida in recent weeks.

Harper, a former resident of LaBelle who grew up in Hendry county says, "Let's show the people of Hendry/Glades that there is broad support for this important issue! This is a non-partisan event and everyone from all political groups are welcome to support or sponsor this event.

Harper posted on his Facebook page, "Many patients and their doctors find marijuana to be a useful medicine as part of the treatment for AIDS, cancer, glaucoma, multiple sclerosis, dystonia, and other ailments. Yet Florida laws treat all patients currently using medical marijuana as criminals. Doctors are presently allowed to prescribe cocaine and morphine — but not marijuana.

"The effort to legalize medical cannabis here in South-West Florida has fallen victim to egregious lies and fear mongering funded by out of state billionaires and big pharmaceutical companies that want to keep the federal government between patients and their right to the safe access for the medicine that they need,"

The demonstrators will be meeting on the North East Corner of SR 80 and Bridge St across from the courthouse from 11 a.m. to 12:30 p.m.