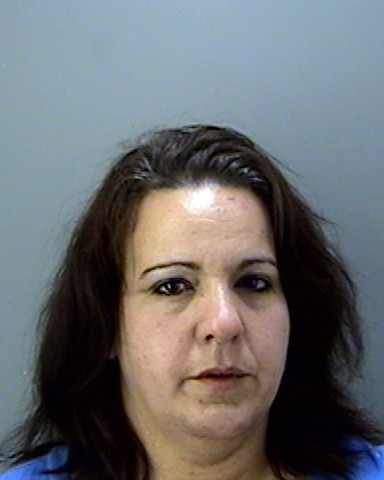 Sheriff - "We Have No Tolerance For Animal Cruelty In This County"
CLEWISTON, FL. -- The ASPCA® (The American Society for the Prevention of Cruelty to Animals®) Field Investigations and Response team is assisting at the request of the Hendry County Sheriff’s Office with the removal, evidence collection, sheltering and medical care of approximately 100 dogs from a substandard, unlicensed breeding facility located at 166 Avenue Del Club in Clewiston.

The owners of the facility, Beatriz Perez, age 46, and Alexei Fernandez, age 47 were arrested Monday morning on cruelty-related charges.

“We have no tolerance for animal cruelty in this county,” said Hendry County Sheriff Steve Whidden. “Hopefully this case will send a message and prevent similar situations.”

An investigation of the facility began after several complaints were made by individuals in the community.

The dogs, small and large breeds including Siberian Huskies, Chihuahuas and Poodles were discovered living in crowded, filthy pens, many with little protection from the elements. Many dogs had no access to clean drinking water or food and were suffering from various medical conditions, including skin and eye disease and severe dental issues.

The ASPCA believes the facility to be a puppy mill, a large-scale breeding operation, where profit is given priority over the well-being of the animals.

The dogs were being sold to pet stores in the Miami-Dade area.

Beatriz aka Betty Perez has a history of arrests in Hendry county including a 2014 stay in jail for probation violation, 2013 for trespassing, and in 2009 for driving with a suspended license and contempt of court.

“This is a tragic situation we see all too often,” said Tim Rickey, vice president of ASPCA Field Investigation and Response. “Puppy mills are a widespread issue across Florida and around the country. Many people are unaware that most puppies sold at pet stores come from puppy mills, and that buying pet store puppies indirectly supports these facilities. While the puppies are sold for profit, their parents are kept at these mills for years, subjected to incessant breeding and a very poor quality of life. Our goal is to remove these dogs from a life of neglect, help them become healthy and eventually find them safe and loving homes.”

The dogs are being transported to a temporary shelter in an undisclosed location, where they will receive medical care from ASPCA veterinarians. The ASPCA will continue to care for the dogs at the temporary shelter until custody of the dogs is determined by the court. Additionally, the ASPCA’s Legal Advocacy department is providing ongoing legal support for the criminal case.

Florida is among a minority of states with no laws regulating the use of dogs for commercial breeding. The ASPCA says state also perpetuates puppy mill cruelty nationally by allowing its pet stores to sell dogs from some of the worst breeders around the country. The ASPCA’s national “No Pet Store Puppies” campaign seeks to raise awareness about the connection between puppy mills and pet stores to end the demand for puppy mill dogs.

The ASPCA Field Investigations and Response team has rescued dogs from puppy mills across the nation. The ASPCA’s Government Relations department has been active in promoting legislation at both the state and federal levels to strengthen regulations and raise minimum standards of care for dogs in puppy mills.
Posted by Don Browne at 3:31 PM