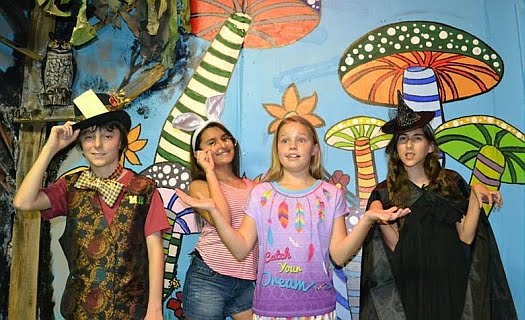 LABELLE, FL. -- Have you ever wondered what would happen if Dorothy from “Wizard of Oz” and Alice from “Alice in Wonderland” were in a room together?

Well, the Firehouse Community Theatre Inc. (Children’s summer play) will introduce that scenario on stage when they present “Dorothy Meets Alice.”
Julia, the main character, has waited until the last minute to read her assigned book for school. With a choice between “Alice in Wonderland” and “The Wizard of Oz,” she falls asleep the night before the book report is due and finds herself in a dream. Through her dreams, the audience will encounter a cast of familiar characters such as the Cowardly Lion, the White Rabbit, the Tin Man, the Mad Hatter, the Scarecrow, the Dormouse, the Queen and the Witch!
The comedy/adventure play written by Joseph Robinette is acceptable for audiences of all ages. The play is directed by Kristin Green.
The play will run June 10th and 11th at 7pm and a Sunday show June 12th at 2pm.
Get your tickets at www.firehousecommunitytheatre.com or call the ticket hotline at (863) 675-3066 (leave message)