Death In Crash On US27 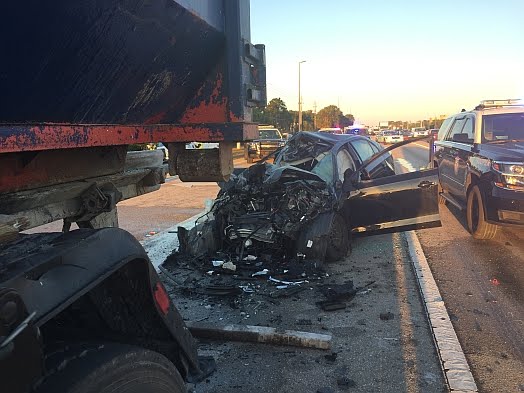 U.S. 27 (SR-25) travels northbound and southbound, but here U.S. 27 travels east and west as the Chrysler and the 1992 International driven by Cory L. Kitchen, 49 of South Bay, Fl. were traveling east on U.S. 27 in the left lane, east of Airglades Boulevard.

Kitchen has minor injuries. Identity of the car driver is pending notification of next of kin.

UPDATE: The driver was Jessiely Aponte, 28 of Zepherhills, Fl.
Posted by Don Browne at 7:56 PM