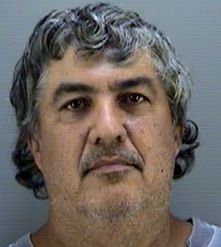 Ortega was arrested on September 2, 2011 after deputies served a search warrant for Ortega’s residence located at 360 Hunting Club Avenue in Montura. Investigators collected and took into custody several different prescription pills stored in pill bottles without labels along with powder cocaine.

In addition Investigators also located items on the property that had been reported stolen as well as large sums of cash. At that time Ortega had been the subject investigation revolving around the purchase of stolen diesel fuel.

Ortega was arrested and charged with Dealing in Stolen Property, Possession of Cocaine with Intent to Sell, Possessions of Drugs without a prescription, Possession of Drug Paraphernalia, and Trafficking. He was released on September 3, 2011 on a $41,000.00 bond.

At one point it was agreed upon by deputies to meet Ortega at the Montura clubhouse for the exchange of cash and drugs.

On Monday September 26, Deputies took Ortega into custody and charged him with Sale of Narcotics within a 1000’ of a park or recreation facility, Trafficking in Oxycodone, and Possession of a narcotic without a prescription. Quirino Javier Ortega is currently being held in the Hendry County Jail on $239,000.00 bond.
Posted by Don Browne at 5:25 PM