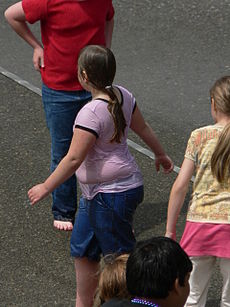 Does Obesity Contribute To Lower IQs?

Forty-nine adolescents with Metabolic Syndrome, and sixty-two without were matched by age, socioeconomic status, school grade, gender, and ethnicity and were given tests on endocrine, MRI, and neuropsychological evaluations.

Those with MetS showed a trend for lower intelligence along with lower scores in math, spelling, and other mental tests.

Metabolic syndrome is made up of risk factors for cardiovascular disease including obesity, high levels of triglycerides, low levels of HDL (the good cholesterol), elevated blood pressure and high blood sugar.

MetS has been found to be directly related to lack of exercise, among other factors, according to recent medical studies.  36% of the U.S. adult population has MetS.

The study says, "We document lower cognitive performance and reductions in brain structural integrity among adolescents with MetS, thus suggesting that even relatively short-term impairments in metabolism, in the absence of clinically manifest vascular disease, may give rise to brain complications.

Researchers of the Medical Center at New York University say, "In view of these alarming results, it is plausible that obesity-associated metabolic disease, short of type 2 diabetes mellitus, may be mechanistically linked to lower the academic and professional potential of adolescents.

"Although obesity may not be enough to stir clinicians or even parents into action, these results in adolescents strongly argue for an early and comprehensive intervention. We propose that brain function be introduced among the parameters that need to be evaluated when considering early treatment of childhood obesity."

(Photo - courtesy Walter Siegmund
Posted by Don Browne at 10:07 AM