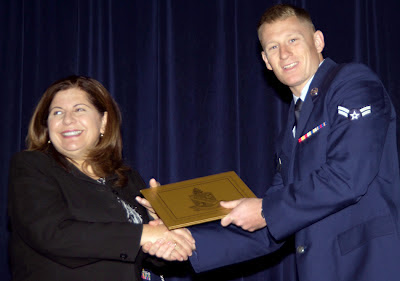 The course is designed to provide knowledge and skills necessary to perform at the apprentice level in speaking and translating a foreign language. Students are trained, sustained, and evaluated in foreign language skills under the guidelines of the Defense Foreign Language Program, which provides the Department of Defense and other Federal agencies with linguists fully capable of supporting U.S. national interests worldwide.
Caster is a linguist assigned to the 311th Training Squadron at Presidio Of Monterey, Calif. He has served in the military for two years.
He is the son of David J. and Janet A. Caster of Fort Denaud Road, Labelle. Caster received a bachelor of science in 2008 from the University of South Florida, Tampa.
Posted by Don Browne at 6:47 AM