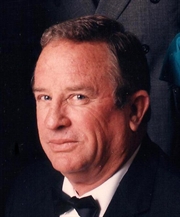 Luther began his career at the age of 15 with Futch Funeral Home of Clewiston. Luther then graduated from Clewiston High School in 1955 before enlisting in the National Guard and then the US Air Force in which he served until 1959.

He then returned to Clewiston and began his internship with the local Funeral Home until attending and graduating from Gupton Jones College of Mortuary Science in Dallas, TX in 1965. Upon graduation he returned to Clewiston and began working for Pattison Funeral Home as both a Funeral Director and an EMT, which was a first for Hendry County. In 1978, he co-purchased the business and opened and operated Akin-Davis Funeral Homes, P.A. until his retirement in 2004.

Luther was also a licensed commercial pilot. Luther was very devoted to his family and friends and proudly served his community for over 53 years.

He was also preceded in death by his brothers: Herman Davis and Cecil James "Jimmy" Davis.

Funeral services will be held Wednesday, April 24, 2013, 10:00 a.m. at Evangel Assembly of God in Clewiston with Pastor Gary Corley officiating. Interment will follow at Ridgelawn Cemetery in Clewiston. Visitation will be Tuesday, April 23, from 6-8 p.m. at the Akin-Davis Funeral Home in Clewiston.
Posted by Don Browne at 3:44 PM