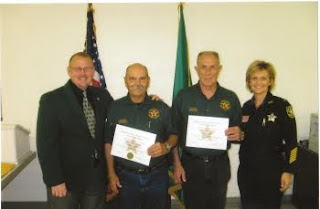 Don Munch Jr., Secretary of the Port LaBelle C.O.P. (Citizens on Patrol) for Glades County said, "Thank you to the Hendry County and Glades County Sheriff's offices for all their support of citizen patrol programs!"
Posted by Don Browne at 9:48 AM