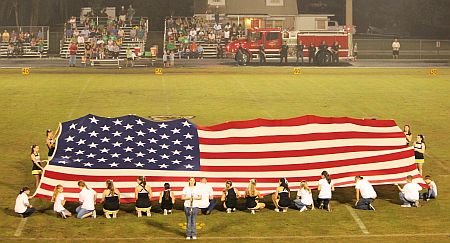 MOORE HAVEN, FL. -- Glades County Public Safety in coordination with Glades County School and Glades County Sheriff's Office remembered those who lost their life September 11, 2001 and to the military men and women who have and are still serving our country today during the MHHS Varsity Football Game Halftime Show on Friday September 9, 2011 at Terrier Field. 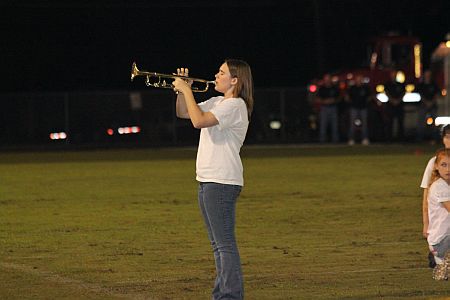 The MHHS Varsity and Jr. Varsity cheerleaders & band members brought the American Flag on to Terrier Field as the fire engines and patrol cars were being staged. Beth Barfield and George Coates recapped the event of September 11, 2001. Carly Hessler played Taps and a moment of silence was observed for those who lost their life.

Military personnel past and present were asked to stand to recognize their outstanding service and sacrifice to our country; the audience was asked to join in the Pledge of Allegiance.

Halftime programs were designed by Tosha Reiss. Angela Colegrove, Shorty & Mary Garcia helped with the inserts and the flags in the programs. Glades County & the City of Moore Haven employees showed their support by wearing 9-11 tribute shirts to work on September 9th and also to the game that night along with Fire and EMS personnel. 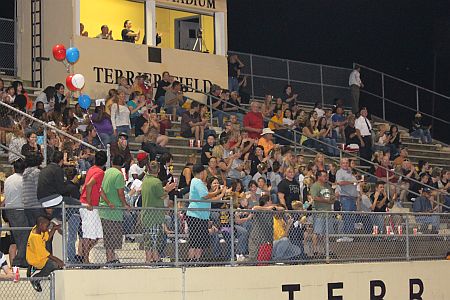 Glades County Public Safety would like to thank the following for their contribution or help: