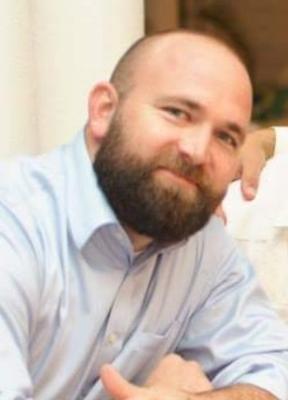 Ross was born Nov. 3, 1982, in West Palm Beach, FL, to David and Barbara (Kelting) Edmonds. Ross was a veteran of the United States Navy. Ross was currently a Future Farmers of America teacher for Clewiston High School and was attending FIU College of Law. He also attended First United Methodist of Clewiston.

Ross leaves behind his parents of Clewiston, daughters; Layla and Bella Edmonds, his brother; Ryan and his wife Rachel Edmonds, many other loved ones including; Jessica Acree, Alex Acree, Alyssa Rodriguez, Derek Center, and Brennen Dalke.

Visitation was Tuesday from 6-9 p.m. at Akin-Davis Funeral Home, Clewiston, FL.
Posted by Don Browne at 10:25 AM