MOORE HAVEN, FL. -- Glades County Commissioner Donna Storter Long has written a response to conversations resulting from a recent Glades Commission meeting regarding the Muse community's Fernwood Lane paving controversy. The mostly sand road in western Glades county has been scheduled for paving for several years, leaving residents in the area to wonder why there's no action.

In a letter this week to citizens, Storter wrote: 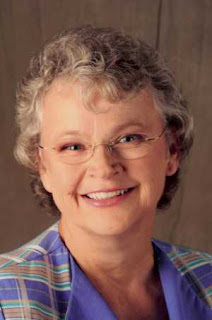 "The question has been raised (twice) as to why I did not respond to Commissioner Jones' statement about another traffic study on Fernwood as a prerequisite for approving completion of paving of the four-mile road.

Two traffic count studies have already been done on Fernwood. At the October 24, 2011 BoCC meeting, prior Board dialogue was referenced wherein the initial plan was to pave at least two miles when traffic counts reported between 1200-1300 in a two week period reported in 2005. Other traffic counts were done in 2007.

Fernwood was added to the County's Five Year Road Plan long before I became commissioner, and in fact was approved for paving.

However, funds for new paving were limited, as they still are. I might add that initially, it was anticipated that a developer on the south end of Fernwood would contribute for paving part of the south end. That development has long been defunct and land development regulations at the time it was platted did not require concurrency.

All commissioners realize that road plan decisions must be based on available funding as well as need.

The County Road Dept. has worked for years on maintaining Fernwood, with the drainage (installing culverts) and the road base (grading existing shell road plus bringing in additional base material) and because of those cost-saving efforts, it was possible for a portion of Fernwood to be paved in 2008 when a paving company was already in Muse resurfacing the east end of CR720.

So even with inflated road construction costs (asphalt is petroleum based) of that time, the county began the project by paving the first mile of Fernwood on the north end. No date was set for completing the job because transportation funds were not in great supply. In fact, the $151,892 spent in 2008 for paving and striping came from the one-cent sales tax discretionary fund, not fuel tax revenue or other transportation budget funds.

At the October 24 meeting, the BoCC and the Road Dept. acknowledged that Glades County no longer has a five-year work plan for paving new county roads. Conversely, two shell roads in Moore Haven were recently paved: Thatcher Blvd and North Avenue were constructed utilizing impact fees of which $127,232 were in the West District Road Impact Fee Fund.

Road Impact fees were imposed in 2006 and since then, of the impact fees collected in the West District, 19 were for units west of SR29 in the Muse area including 4 on Fernwood Lane one of which is Bonnie Plants, a commercial plant nursery (employer); there were 7 impact fee units in the City of Moore Haven of which none were on Thatcher and two on North Avenue.

The City of Moore Haven had not requested these roads to be paved, and had not asked to expend the City's unused $221,769 in the Transportation Trust fund that can only be used for city streets, and citizens on Thatcher Blvd and North Avenue pay city as well as county taxes.

There were no reports of traffic count studies for these roads, yet Fernwood now requires another one?

Requiring Fernwood to have another (3rd) traffic count done was not a factor as the need had already been established, project had been approved and begun, and traffic counts were NOT required for paving Thatcher or North.

Recent Census figures which show District 2 [which includes Muse] has 3,395 citizens whereas District 1 City of Moore Haven has 1,709 residents. It's not easy explaining this paving disparity to constituents, and Muse residents and others that travel Fernwood had submitted another petition requesting the paving to continue.

There are $668k unencumbered funds in the one-cent sales tax fund that currently has $1,426,690 on hand. It would behoove the Board to COMPLETE a project that was already approved and already begun, before embarking on the expenditure of other projects. Can you imagine if the big Moore Haven Bridge had begun construction, but with only one lane north and one lane south was actually built? Or four lanes, but only halfway across the river? Of course that's facetious but the axioms "count the cost "and "get 'er done" do have merit.

Other projects approved this year with no time frame imposed were a community center in Washington Park that was formerly approved for funding as a pavilion, a community center in Ortona, and a fire department / county storage facility in Moore Haven. The projects were approved in that chronological order and three times I requested the Board to prioritize which would be first and no official motion was made. However Public Safety Directro Bob Jones was later authorized to commence the fire dept project.

Commissioner Jones has much more experience on the Board than I do and especially dealing with transportation issues-recall his efforts with the CR74 road closure that resulted in State funding to provide funding to improve it and keep it open.  He has seen many delays over the years in road paving when the County did have 5-year road plan, even though the plan was not followed. Commissioner Beck had lamented that fact; we all know that such a plan should be a living document, should be reviewed at least annually, and updated to meet current prioritized needs.  We are guilty of failing to do that; we were told by the Road Supt that with decreased tax revenue, he could only concentrate on resurfacing existing roads.  That did not and should not mean we abandon plans for future road construction.  It may be trite, but failing to plan is planning to fail.

I certainly respect Commissioner Jones and do not resent the position he took in not seconding my motion to put Fernwood in line for the next available paving work, and I honestly think his inquiry about another traffic count study was sincere in attempting to justify paving Fernwood.

But the project has already been approved; it now needs funding appropriations."