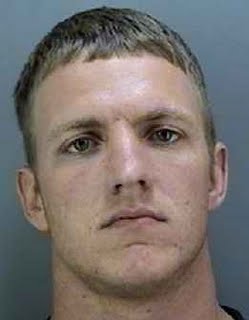 LABELLE, FL. -- Thomas William McGill is waiting in Hendry County jail, charged with possession of over 14 grams of methamphetamine, trafficking and seven other charges.

An additional $27,000 bond is required to get out of jail on those charges.

McGill is a many times convicted thief and drug abuser, last convicted for theft November 2010, and another theft conviction from May 2004 along with a conviction for giving a false ID to law enforcement officers. In September 2003 he was convicted of dealing in stolen property and possession of marijuana.

In July 2002, he had 2 convictions for burglary, theft and dealing in stolen property, possession of cocaine and resisting officer with violence.

McGill was last in court November 19th, 2010 where he was found guilty on theft charges and given a sentence of one day in jail, and $495 court costs.

McGill is scheduled for to be in court on the latest eight charges January 19th, 2012, for a case management hearing.