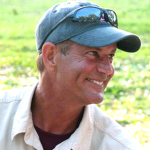 LABELLE, FL. -- Altair Training Solutions, Inc., Blue Spoon LLC and Brian Jones are being sued in Hendry Circuit Court for alleged failure to make payments under a $4,375,000 credit line and promissory note for the purchase and operation of a one-year old military and law enforcement training facility in southern Hendry County, Fl.

South Florida Ops LLC along with Robert White and R. Laken Mitchell filed the foreclosure suit September 24 alleging default on payments due. Also joined as defendants are Bryant Construction and Roofing and Guardian Fueling Technologies, both having possible claims against Altair.

In what some observers says was a dubious transaction when the state of Florida in 2014 sold the former Hendry Correctional Institution, a prison in south Hendry county. to Blue Spoon LLC a company owed by Brian Wilson Jones and Michelle A. Jones.


The Jones' had a a two-year old company called Altair Training Solutions, Inc and the $30 million purchase of 1,100 acres and an airfield was planned to expand the firms tactical training operations, according to Brian Jones.

Brian Jones, a 21-year Army veteran Sergeant Major radio/electronics repairman chief with what he claims as Ranger and Delta Force experience in describing Altair said last year "I realized the need for a world class facility that offers land, sea and air capabilities."

Jones at the time, filed papers with the state indicating plans to employ 200 people at the facility. A year ago, Hendry County gave Altair a property tax waiver deal for the promise to create 144 jobs with an average salary of $62,152. That's almost three times the average Hendry worker's paycheck.

Michelle Jones, wife, Executive Vice President and co-owner was a guest speaker at a recent Kiwanis Club of LaBelle meeting and claimed they have created at least 35 new jobs.

She is a decorated combat veteran, who served 13.5 years in the Army as a logistician and planner.

This week Brian Jones reportedly claimed he now has 25 employees.

Brian Wilson Jones military history has created some controversy as online blogs claim he has exaggerated his Army experiences and combat deployments. Thisainthell.us says "He claims medals that aren't in his file, wounds that aren’t supported by the award of any Purple Hearts, and, of course, PTSD which justifies his service dog business."

Militaryphonies.wordpress.com says his claimed deployments to Panama, Somalia, Columbia, and Iraq are not correct according to records including his DD-214 obtained under FOIA about Jones.

(photo courtesy thisainthell.us)
Posted by Don Browne at 9:45 AM