Judge Lets Drug Suspect Out Of Jail To Help Grandma 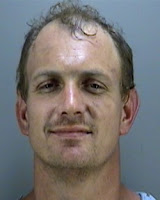 Last arrested on meth and meth pipe possession charges in December, and stuck in jail with no bond possible because of violating his probation terms, County Judge James Sloan gave him a get out of jail card Monday.

Boyle's West Palm Beach attorney Scott H. Cupp made a request to Sloan for a "furlough," a nice term for getting out of jail pending further order of the court.

Boyle told the court he was needed to take care of his ailing grandmother. The court order signed by Sloan February 13th says "Defendent is to be released on house arrest to care for his terminally ill grandmother. He is not to leave the residence unless it is due to a medical emergency." 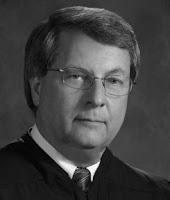 Boyle has spent about six weeks in jail on the meth charges. Hearings are pending.

Susan is the subject of multiple Hendry arrests and jail stays. She was last adjudicated guilty of violating drivers license restrictions and sentenced by Judge Sloan to 3 days in jail on February 6th.

UPDATE: Boyle was picked up by authorities at his grandmother's house on Springview Circle in Port LaBelle about 6 p.m. Thursday, February 16th.  This would make his 2nd violation of parole arrest. He reportedly was seen on an ATV this morning driving in the area, violating the terms of the "furlough" to be inside his grandmother's house at all times.