13 Arrests In Sales Of Historical Artifacts 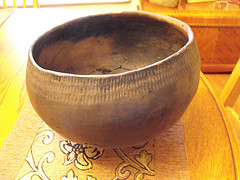 The Florida Fish and Wildlife Conservation Commission, with the support of the Florida Department of State, completed a statewide investigation Wednesday that included more than 400 felony violations by 13 individuals from the Keys to the Panhandle. The undercover operation shut down a group of individuals who destroyed state lands to illegally uncover and sell historic Florida artifacts.

Florida statute establishes that historic properties, including artifacts, are an important legacy to be valued and conserved for present and future generations. Artifacts on public lands are part of the public trust and should be enjoyed by all. When people take them and sell them illegally, they are stealing from the citizens of Florida.

“We are all responsible for protecting and conserving our state’s natural resources, including land, water, fish and wildlife, as well as historic items like artifacts. But FWC officers have the extra duty of ensuring everyone is doing their part,” Brown said.

Undercover FWC officers infiltrated the operation and gathered evidence to charge the subjects, stopping their illegal business and protecting both the lands and the cultural resources.

“This is not the situation of a family out hiking and finding an arrowhead or other artifact that they want to take home,” Brown said. “We did not target the casual collector. These subjects intentionally destroyed lands and rivers for their own personal gain. Some even made their entire living on these illegal sales.”

Many of the illegally obtained artifacts were offered for sale online or at trade shows. The asking prices for some of the looted pieces were as much as $100,000.

“Artifacts are a finite, nonrenewable resource. When they are taken, destroyed or stored in private collections without being documented, they, and the history they represent, are gone forever,” said Rob Bendus, State Historic Preservation Officer and director of the DOS Division of Historical Resources. “This is a significant loss to the state’s quality of life, history, economy and cultural resources.”

The methods used by these subjects were extremely damaging to the environment. They were operating on state lands, illegally dredging rivers and digging massive holes in pristine wooded areas.

“Some of the sites they looted have been completely decimated and will never be able to be studied by professional archaeologists in the future,” Bendus said. “Historians are still trying to piece together the history of Native Americans in Florida. These sites hold immeasurable amounts of information that would be extremely valuable to historians and archaeologists who are working to learn more about Florida’s earliest human inhabitants.”

The public can also help by reporting suspected violations to the FWC. To make a report, call the Wildlife Alert hotline – 888-404-FWCC – or text Tip@MyFWC.com.
Posted by Don Browne at 8:31 PM