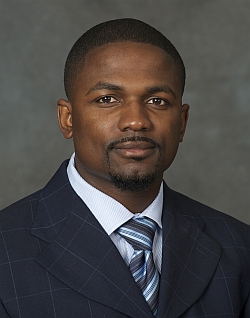 From Clewiston, Fla., Midget was a member of the Georgia State University coaching staff since 2008, rising to defensive coordinator during the 2012 season. He joined the collegiate coaching ranks as a graduate assistant at Virginia Tech, his alma mater, helping the Hokies win the 2007 ACC Championship. Midget then was hired by Coach Bill Curry as secondary coach and special teams coordinator to help Georgia State launch its program, starting play in 2010.

“Anthony will be a great addition to our staff,” O’Brien stated. “He is an experienced and passionate defensive coach and recruiter. We welcome Anthony to our team and look forward to his contributions to the program.”

“It’s an honor to be a part of the Penn State family and this great University,” Midget said. “I am thankful to Coach O’Brien for the opportunity to come to Penn State and am excited to get to know the players and get ready for spring practice.”

A cornerback at Virginia Tech, Midget was a four-year letterman and three-year starter under Coach Frank Beamer. He helped the Hokies to four consecutive bowl berths, capped by an appearance in the 1999 BCS title game. Midget was a Sporting News third-team All-American and a first-team All-Big East honoree in 1999. The Dean’s List student graduated from Virginia Tech in 1999 and was selected to the Big East All-Academic Team.

The Atlanta Falcons selected Midget in the fifth round of the 2000 National Football League Draft. He also was a member of the Tampa Bay Buccaneers. Midget coached four years at Lake Worth (Fla.) High School, rising to assistant head coach, before returning to Virginia Tech in 2007.
Posted by Don Browne at 2:03 PM