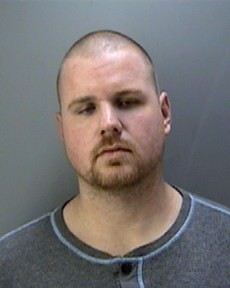 LABELLE, FL. -- Gary Albert Hall, Jr. 32 of LaBelle was traveling north on Interstate 75 on the northbound inside lane at a high rate of speed at 12:47 a.m. Sunday according the Florida Highway Patrol.

His 2004 Suzuki motorcycle failed to negotiate a right turning curve in the roadway, south of the Alico Road interchange in Lee county, say the FHP.

Hall traveled in a northwesterly direction across the west paved apron and entered the median where the Suzuki Hayabusa's left side struck the cable barrier.

The impact ejected Hall onto the median and caused the cycle to overturn multiple times.

It came to final rest on the median north of where it initially left the roadway. Hall was pronounced deceased at the scene. He was wearing a helmet says the FHP report.

The northbound lanes of Interstate 75 were closed at Alico Road for investigation  until 6:00 AM and
have since been re-opened to traffic.

The investigation is on going say FHP Trooper Jeff Benoir and Homicide Investigator Cpl. Robert Ellis They indicated in their report that it is unknown if alcohol was a factor.

(Hendry county jail booking records indicate Gary Albert Hall of 5689 W SR 80 had numerous arrests from 2010 to 2012 including those for sex charges, drug possession, probation violation, and possession of ammunition by a convicted felon.)