High Costs Of Alcohol Use 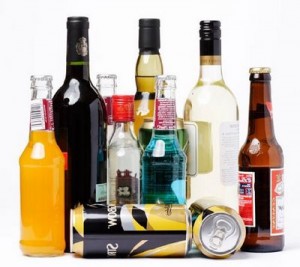 CDC Says Most Costs Associated With Binge Drinkers
Excessive alcohol use causes a large economic burden to states according to a new study released by the Centers for Disease Control and Prevention.

Study authors found that costs due to excessive drinking largely resulted from losses in workplace productivity, health care expenses, and other costs due to a combination of criminal justice expenses, motor vehicle crash costs, and property damage.

Excessive alcohol use cost states a median of $2.9 billion in 2006, ranging from $420 million in North Dakota to $32 billion in California. This means the median cost per state for each alcoholic drink consumed was about $1.91.

Researchers believe that the study’s findings are underestimated because it did not consider a number of other costs, such as those due to pain and suffering by the excessive drinker or others who were affected by the drinking.

“It is striking to see most of the costs of excessive drinking in states and D.C. are due to binge drinking, which is reported by about 18 percent of U.S. adults,” said Robert D. Brewer, M.D., M.S.P.H., Alcohol Program Lead at CDC and one of the authors of the report.