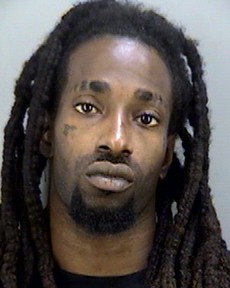 Hendry County Deputies received a call on Christmas Day, December 25, at approximately 8:30 am requesting assistance for a two year old child that was not breathing.

After CPR efforts were made by parties on scene and emergency personnel, the child was transported to Hendry Regional Hospital where she was later pronounced dead.

Investigators with the Hendry County Sheriff’s Office conducted interviews with neighbors, family members and friends of the family.

On December 29, Investigators spoke with 22 year old Jerrell Johnson, who was caring for the children during their mother’s absence. During the course of a follow-up interview Johnson revealed to investigators additional information which lead to his arrest.