JACKSONVILLE, FL. -- State Attorney and Special Prosecutor Angela Corey, announced George Zimmerman has turned himself in at Sanford, Florida in Seminole County after a "capias information" was filed for his arrest in the alleged murder of Trayvon Martin.

The State Attorney in Sanford, Florida had previously declined to prosecute the case. Marches and protest took place in Sanford and Miami asking for the arrest of Zimmerman.

She was appointed to the Special Prosecutor role three weeks ago by Florida governor, Rick Scott. Saying an intensive investigation was made in a "difficult homicide case" and her office is a "seeker of truth," pledging to look out "for our precious victims" while using the rules of the constitution to protect the defendant.

Corey, 57, elected as State Attorney to the 4th Judical Circuit in 2008, the first woman to hold the office, said the decision "did not come lightly"  in determining whether Zimmerman was to be charged for murder, and says she does not prosecute by public pressure.

She has worked in the State Attorneys Office since 1981. She was fired in 2006 by the then State Attorney Harvey Shorstein, but after her election in 2008 reportedly fired 10 assistant state attorneys, over half of the investigators, and 48 support employees. 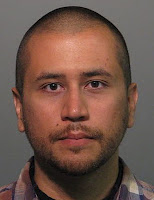 In a press conference Wednesday, Corey said her team "has worked tirelessly, looking for answers in Trayvon Martin's death." Full text of speech.

The official paper was filed April 12th "through the undersigned designated Assistant State Attorney" Bernardo de la Rionda for the Eighteenth Judicial Circuit in Sanford, Florida where the shooting occurred.

The Florida Law 782.04 under which Zimmerman is to be prosecuted outlines the unlawful killing a human being when perpetrated by a dangerous act and evincing a depraved mind, but without premeditation.

Corey said her office made the decision to prosecute Zimmerman last week.

44 days after the Sanford, Florida shooting death of 17-year old Trayvon Martin, state and federal investigators have been looking into the facts surrounding the incident to decide whether charges may be brought against 28-year old neighborhood watch volunteer George Zimmerman.

Zimmerman, a 5'9' Hispanic man, told police he was attacked by Martin, a 6'3" black teen on February 26, 2012 after Zimmerman made a call to the Sanford Police Department reporting a suspicious person walking in the rain around the gated condo and townhouse community of the Retreat At Twin Lakes.

Zimmerman made a first appearance before a Seminole County Judge at 1:30 a.m. Thursday, April 12. Orlando attorney Mark M. O'Mara was there to speak for him before the judge. Zimmerman has plead not quilty. The court appearance took only a few minutes.

After the hearing O'Mara said he would be asking for a bond to be set by the court in a few weeks for his client to get out of jail. The next scheduled court date is May 29 for Zimmerman's arraignment.
Posted by Don Browne at 10:00 AM