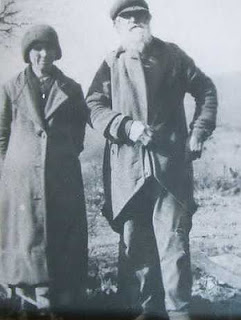 The National Archives released the 1940 United States census to the public today at 9 a.m. after a mandatory 72-year waiting period. For the first time, more than 3.8 million pages will be open to the public on a website, designed and hosted by Archives.com, providing access to digital images of the census.

(Update: due to overwhelming public response to the opening of the 1940 Census online, the servers have been overloaded today, making it difficult if not impossible to reach the census data.)

Every ten years since 1790, the federal census has provided a snapshot of the American public. The 1940 census recorded that critical period in American history as the country was still recovering from the Great Depression and before its entry into World War II. This census will prove to be invaluable to genealogists, historians, demographers, and others for years to come.

The 1940 census was taken in April 1940 (official date was April 1, though entries were recorded throughout early April). The Federal government requires a census to be taken once every ten years for the apportionment of members of the U.S. House of Representatives. The first census was taken in 1790. Over the years, the format of census schedules changed and more questions were asked.

21 million people are still living of the 134 million that were enumerated in the 1940 census, and they and their ancestors will be able to beginning today find the records online.


Introduction to the 1940 census
Census records are the only records that describe the entire population of the United States on a particular day. The 1940 census is no different. The answers given to the census takers tell us, in detail, what the United States looked like on April 1, 1940, and what issues were most relevant to Americans after a decade of economic depression.

The 1940 census reflects economic tumult of the Great Depression and President Franklin D. Roosevelt's New Deal recovery program of the 1930s. Between 1930 and 1940, the population of the Continental United States increased 7.2% to 131,669,275. The territories of Alaska, Puerto Rico, American Samoa, Guam, Hawaii, the Panama Canal, and the American Virgin Islands comprised 2,477,023 people.

See a full list of questions on the 1940 census

Some questions asked in earlier years were moved to the supplemental census, a 5 percent sampling of the population (or two people listed on every page of the census).

Unlike more recent censuses, the 1940 census was taken entirely by census enumerators going door to door and collecting information. If a person wasn't home when the census taker came, the census taker would make a return visit. People who were counted on return visits are listed at the end of the regular pages for the enumeration district on pages that begin with number 61.

There were also separate pages for people living in a hotel tourist home, or trailer camp. These people were to be counted on April 8th and 9th. Their census information begins on page 81A for each enumeration district. Sometimes the entries for people who were enumerated later and those in tourist homes and trailer camps are less than one page each, while they can go on for several pages in large urban areas. In some enumeration districts, there were no such entries and do not have a page 61 or page 81.

Employment status: The census asked 13 questions about the employment status of people 14 years old and older. Included were new questions about the "Amount of money, wages, or salary received (including commissions)" (column 32) and "Did this person receive income of $50 or more from sources other than money wages or salary (Y or N)" (column 33).

New Deal programs: The census asked if anyone in the household during the week of March 24–30, 1940, was at work on, or assigned to, public emergency work projects conducted by the WPA, the NYA, the CCC, or state or local work relief agencies. The WPA, established May 6, 1935, developed programs to move unemployed workers from relief to jobs. The WPA workers, among other things, rebuilt the national infrastructure, wrote guides to the 48 states, worked in the arts and theater, and assisted with disaster relief. The NYA, established under the WPA, gave part-time jobs to high school and college students to earn money to continue their education. The CCC, created March 31, 1933, employed men aged 18–25 in conservation work in the national parks and forests.

Supplement schedules: At the bottom of each schedule, a supplementary census asked additional questions of two people enumerated on preselected lines on the form. The question of the parents' birthplace was moved to the supplemental schedule, in columns 36–37. Veterans (columns 39–41) were asked if they served in the World War, Spanish-American War, Philippine Insurrection, or Boxer Rebellion and if in a Regular Establishment (Army, Navy, or Marine Corps), peacetime service only, or another war or expedition. The supplemental schedule also asked about participation in two national insurance plans—Social Security and Railroad Retirement (columns 42–44).


Visit Getting Started to begin your search of the 1940 U.S. Census.
Posted by Don Browne at 9:13 AM