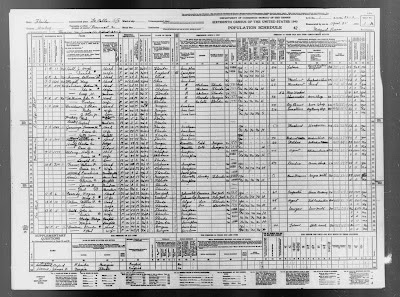 Also living in the household in 1940 were grandsons Merle Luckey, age 5 and Buford Luckey, age 3.

The elder Davidson, 42 and wife Ruby, 40 were shown from Georgia, living in a building on Bridge Street worth $500. Mr. Davidson, a dry cleaner, worked 42 hours a week, while Ruby worked 24 hours, as a seamstress. According to what they told the census taker, both earned $496 the previous year, a handsome sum for LaBelle 72 years ago.