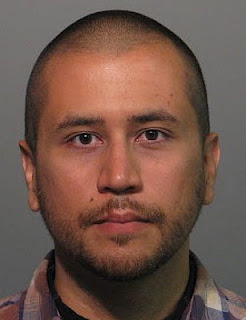 Zimmerman was not in attendance at the hearing.

On the agenda was a request to unseal the Zimmerman criminal file making it open to the public, and discussion about $204,000 in donations received from a Zimmerman website now held in a PayPal account pending what the court orders.

The Orlando Sentinel has filed a motion to unseal the file. Filings have been sealed by the Court automatically, pending review. Judge Lester this morning said the file would be unsealed, and the attorneys can motion to seal any particular filing upon hearing.

Wanting to keep certain information secret, O'Mara disclosed his concern about discovery (statements) of witnesses, and has purposely delayed in receiving then from the State. Once disclosed to O'Mara by the State, they would be available to the public. O'Mara says certain witnesses may be reluctant to be identified and don't want their names known.

The Judge says he won't restrict the public from getting the witness information, but again said the attorneys can file a motion to keep them secret on a case by case basis.

O'Mara explained to the judge that he didn't know about the funds collected by Zimmerman online TheRealGeorgeZimmerman.com. Because there were copycat websites, O'Mara said the website was closed down, and the money collected put into a O'Mara trust account.

The State argues that the money, about $150,000 at the time, was not disclosed at a bond hearing last week, where bail was set at $150,000. Zimmerman's parents testified they had little savings and would mortgage their home to get Zimmerman out on bail.

Zimmerman was released Monday after his parents put up the $15,000, or ten percent of the bail provided by a bondsman.  O'Mara said he didn't know about the $204,000 until Wednesday when Zimmerman asked him what to do about the PayPal account that had the money in it.

The family members that testified last week said they didn't know the website money was "available" at the time and so didn't disclose it to the court.

The Judge said he wanted to know who created the web account and who had authority to access the money. He said he may have no authority on the matter. O'Mara responded he wanted to keep secret the donors to the Zimmerman defense fund.

Judge Lester did not make a ruling on the matter of the funds and what affect it may have on the bond set. The State asked that the bond be set higher.

A murder case like this may end up in the million dollar attorney fee category. O'Mara typically earns $400 an hour for his criminal defense work. He has spent over 100 hours on the case so far, or about $40,000 in time plus unstated fees.

The next hearing is and arraignment on May 8 at 1:30 to set a trial date. Zimmerman will not be present but will be represented by attorney O'Mara.