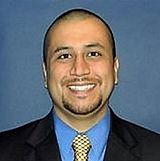 JACKSONVILLE, FL. -- State Attorney and Special Prosecutor in the Sanford, Florida death of Trayvon Martin, Angela Corey held a news conference Wednesday at 6 p.m. at the State Attorney’s Office in Jacksonville, Florida, announcing George Zimmerman has turned himself in at an unknown location after a warrant was issued for his arrest.

Corey, an elected Jacksonville official, says the decision "did not come lightly"  in determining whether Zimmerman was to be charged for murder, and says she does not prosecute by public pressure.

She was appointed to the Special Prosecutor role three weeks ago by the Florida governor. Saying an intensive investigation was made in a "difficult homicide case" and her office is a "seeker of truth," pledging to look out "for our precious victims" while using the rules of the constitution to protect the defendant.

Charges against Zimmerman are for murder in the 2nd degree, and he will appear before a judge within 24 hours of his arrest. Corey asked for prayers for the victim's family.

44 days after the Sanford, Florida shooting death of 17-year old Trayvon Martin, state and federal investigators have been looking into the facts surrounding the incident to decide whether charges may be brought against 28-year old neighborhood watch volunteer George Zimmerman.

Zimmerman, a 5'9' Hispanic man, told police he was attacked by Martin, a 6'3" black teen on February 26, 2012 after Zimmerman made a call to the Sanford Police Department reporting a suspicious person walking in the rain around the gated condo and townhouse community of the Retreat At Twin Lakes.

Police responded to the call, and found Zimmerman was bleeding from the nose and back of the head with grass on his back and his back was wet. Zimmerman reported he was beaten by Martin, attacked from behind as he walked back to his truck.  Martin was lying face down with his hands under his body, a gunshot wound in his chest, and did not respond to CPR by the police or medics.

Martin, was visiting his father in Sanford, while on suspension from his Miami high school after residue of what was believed to be marijuana was found in his bag. Martin had been suspended from school previously for graffitti. He was on his third suspension from school.

Sanford Police, found no probable cause to arrest Zimmerman under Florida's Statute protecting use of deadly force to prevent death for great bodily harm.

The City of Sanford and the Police Department have released extensive amount of documents to the public including the 911 call recordings, the incident report, and Zimmerman's previous crime watch calls to the police, which can be found at these three links: