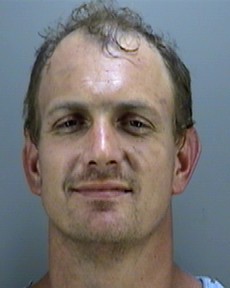 At about 8 p.m. Wednesday, Hendry Sheriff Steve Whidden went to 4502 Springview Circle where Boyle lives with his mother and grandmother. Boyle has been on probation since a December 15th trial.

Whidden found three other persons with Boyle, coming out from the garage area into the house, and noticed they were acting nervously with behavioral indicators that raised the Sheriff's suspicions, according to the booking report.

Whidden found in clear view two small plastic bags suspected of containing meth partially wrapped in a dollar bill, inside an eyeglass container. The meth weighted about 1.5 grams. Also found was a glass pipe with meth residue and a smaller amount of loose meth on a paper on a desk.

Another meth pipe made from a prescription drug bottle was found. It contained meth residue.

Accompanied by Deputy Cody McClelland and Sgt. George Elver, the four suspects were separated and questioned about the meth and pipes. Jaime Lee Long, aka Jamie Long, 26 of Felda and Boyle denied any knowledge of the meth and pipes.

William Ethan Cole Ragan, aka Ethan Reagan, 21 of Cypress Avenue in LaBelle, and Archie C. Thompson, 27 of Muse, said they had just arrived minutes before the Sheriff knocked on the door and both saw Boyle sitting at the desk in the garage smoking meth from the glass pipe. They signed statements attesting to what they saw. 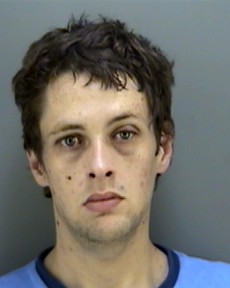 Ragan (photo left) has a Hendry county arrest record including a December 20th arrest for possession of a controlled substance without a prescription and an October 11th out of county fugitive arrest warrant.

Long has an arrest record going back to 2006, including adjudications of guilty for battery, reckless driving in 2008, and possession of drug paraphernalia, no valid drivers license, and contempt of court in 2011. She is serving a one year probation.

Boyle bonded out of jail Thursday morning, but Hendry Sheriff Steve Whidden obtained a warrant for Boyle's arrest for violation of probation.

Boyle was arrested again at his home on Springview Circle in Port LaBelle for violation of probation and Judge John Duryea, standing in for Hendry County Judge James Sloan refused bond, keeping Boyle in the Hendry jail until further notice.

Boyle, at a December 15th trial on various misdemeanor charges, told Judge James Sloan he was planning to move to Georgia and was given an opportunity by Sloan to move, get a job and "mail-in" reports to the Hendry probation office, and the possibility to have early termination of a two year probation if Boyle stayed out of trouble.

Presumably, with the new felony charges, should Boyle be found guilty, he may spend some real time behind bars.

Update: On May 10th the LaBelle State Attorney's Office filed a notice with the court that they are not going  forward with the prosecution of Boyle on the two felony drug charges.
Posted by Don Browne at 8:18 PM