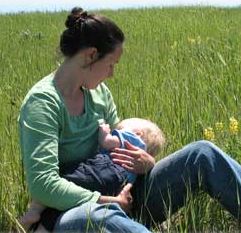 LABELLE, FL. -- The Hendry County Health Department offices in LaBelle and Clewiston will be the scene of an attempt to break the world's record for simultaneous breast feeding.

Hendry will join with the Lee County Health department and groups around the world to set a new record in what's called The Big Latch On.

Six different locations will be used in Lee county and and two in Hendry county at 10:30 a.m. Friday morning.

Groups of breastfeeding women coming together at registered locations around the world to all latch on their child at a set time. All the breastfeeding women and children are latched on for one minute at the set time and are counted by the witnesses. The numbers are added up to see if the previous Big Latch On record of 5,681 set in 2011 can be beat.

The first record for one location was from Berkeley, CA, USA, in 2002 where 1,130 mothers breastfed simultaneously. The international record for one location is 3,738 mothers held by the Philippines in 2006. Buoyed by their success, the Philippines have partnered every year since with other countries and in October 2010 recorded 9,826 nursing mothers in 325 sites in 16 countries.

Photo: courtesy biglatchon.org
Posted by Don Browne at 9:44 AM