Bears Active In Florida This Winter 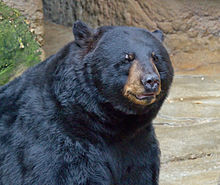 Why Bears Are Attracted To Florida Homes
Fall is an active time of year for Florida black bears as they stock up on calories for the coming winter. Though black bears don’t really need to put on pounds to survive Florida's usually mild winters, they behave as if they do need to – eating about three times as much as usual.

Because bears now are busy filling their bellies, the Florida Fish and Wildlife Conservation Commission asks people to be extra diligent in securing food sources around their homes and businesses that can attract bears and create problems.

“If you are a Florida black bear, raiding a garbage can to eat stale doughnuts and the leftovers from last night’s spaghetti may be more appealing than foraging in the woods for palmetto berries and acorns,” said David Telesco, the FWC’s bear management program coordinator.

“Preventing bears’ access to food is the most important thing people can do to keep bears and other wild animals out of neighborhoods.”

In autumn, bears begin a natural process called hyperphagia, which means they are putting on fat for the winter. They will consume around 25,000 calories a day and eat almost anything that’s convenient. The easier a food item is to get, the more likely it is that a bear will take advantage of it – and a bear’s sense of smell is so keen it can detect food more than a mile away.

Bear-related calls to the FWC are up this year in many parts of the state. Since January in central and south Florida, the FWC has documented the highest number of calls per month on record for six of the past nine months. Calls in other parts of the state also are relatively high this year.

“Now more than ever we are relying on residents to keep bears from getting rewarded for being in neighborhoods,” Telesco said.

To keep bears away from your home and neighborhood, follow these tips:

- Feed your pets indoors or bring in dishes after feeding.
- Secure household garbage in a shed, garage or a wildlife-resistant container.
- Put household garbage out on the morning of pickup, not the night before.
- Secure commercial garbage in bear-resistant dumpsters consisting of metal lids or metal-reinforced plastic lids and lock bars.
- Clean grills and store them in a locked, secure place.
- Remove wildlife feeders or make them bear-resistant.
- Protect gardens, apiaries, compost and livestock with electric fencing.
- Pick ripe fruit from trees and remove fallen fruit from the ground.
- Encourage your homeowners association or local government to institute ordinances on keeping foods secure that would attract wildlife.

“Conflicts between Florida black bears and people are preventable,” said Telesco. “Most people who follow the FWC’s advice on how to bear-proof their homes and businesses don’t have conflicts with these large and powerful wild animals.”

Go to MyFWC.com/Bear to learn more about living in bear country.

Photo credit: Greg Hume
Posted by Don Browne at 8:26 AM