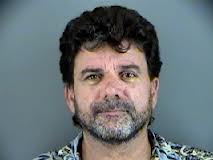 LABELLE, FL. -- It's not the first time Calvin Terry Fillingame has been in trouble. Arrested July 11th for lewd and lascivious behavior, Fillingame has now been charged with molesting a victim under 12 years old.

He has plead not guilty.

Co-owner of Calvin's Cooling Corp, with an address of 6250 N. Double J Acres Road in western Hendry county, Fillingame has been arrested several times in the past including a 2006 drug conviction.

In May, 1996 he was arrested by the Florida Highway Patrol in Leon county and charged with grand theft auto and driving with a suspended or revoked license.

Circuit Judge Donald Mason will be hearing motions on the case on November 16th and 19th at 9 a.m. at the Hendry County Courthouse.

Update: On December 13, 2012 Fillingame was adjudicated guilty and given four years on probation and a sentence of 15 days in jail by Judge Donald A. Mason. He was fined $550 and ordered to register as a sex offender and have no contact with the minor, or mother or Merit Shell in LaBelle. He wore a GPS monitor and on January 16, 2013 motioned the court waive fees for the device.
Posted by Don Browne at 10:53 AM