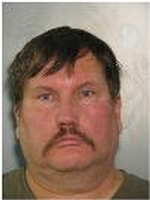 Zehntner says he was on a flight headed south to land at LaBelle's municipal airport, which takes him on a flight path right over his house, when his wife spotted a man walking around the couple's yard in rural Glades county, Florida.


At an altitude of 800 feet, flying over his house at 24440 Loblolly Bay Road SW, Zehntner's wife noticed a silver truck with a white top parked in the yard.

Zehntner, 56 has owned the 4-seat single engine retractable gear airplane for five years flying between Florida and Franklin, North Carolina over the years, His flight Sunday was to end at LaBelle.

Seeing the man walking around his home, Zehntner descended to 300 feet and got a good look at the man as he hooked up Zehntner's 12-foot utility trailer to a truck and drove off with it.

Zehntner followed him in N3265S, the 230-horsepower aircraft. The thief drove about 10 miles into LaBelle, where Zehntner landed the plane at the LaBelle airport where he then called the Hendry Sheriff's office on  911.

Coincidentally the truck drove right by the Hendry Sheriff's office in downtown LaBelle, but Zehntner said he couldn't use his cell phone to call authorities while in the air, believing the plane's engine would be too loud to use the phone.

Zehntner didn't explain why he didn't use his plane's radio to contact someone while he was in the air.

Haines was released from jail on Monday on $2,500 bond. He's charged with larceny and grand theft auto.


Zehntner bases his aircraft at the LaBelle Municipal Airport in Hendry county, about 10 miles from his Glades county home.
Posted by Don Browne at 5:28 AM