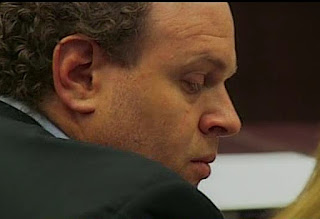 Schnitt talked about his broadcasting career starting at WCPK in Virginia at age 16. In 1982 as a sophomore in high school he moved to a slightly larger talk radio station, then went to Los Angeles and then to New York City.

He did his first morning talk show. The MJ Morning Show in West Palm Beach, and then got a call in 1994 for a job in the Tampa area which became the MJ and BJ Morning Show for Clear Channel. His morning show includes comedy phone calls and pop culture, targeting women aged 18-49.

He also does the "Schnitt Show" in the afternoons on talk AM radio, with a conservative take on current news.

He said he considers himself a broadcaster with a reputation "in good standing" in the community. But says, it's "Not as good as it used to be," alleging Bubba Clem was the factor in a change of his reputation starting in January, 2008. He described people calling him names, screaming at him, and nasty emails and phone calls. Bubba Clem returned to the Tampa radio market in January, 2008.

The jury was shown dozens of nasty reading emails from listeners, by attorney Phil Campbell, that Schnitt says started coming at the beginning of 2008. Schnitt deftly defused allegations about any "plugola" as alleged by the Bubba Clem radio show and accusations of contest fraud.

Curly haired with a receding hairline, Schnitt played well to the jury, alternately looking at his attorney as questions were asked and then speaking to the jury on opposite sides of the courtroom, fielding hundreds of questions.

He described a Mother's Day 2008 incident as he was taking his wife and kids to lunch when he found his  wife's car, the house and yard littered with eggs and had to cancel the dinner out in order to clean up the mess he told the court.

Schnitt says he found a note at his gate signed by the "Bubba Army." Within days, he said he contracted to buy a $12,000 video security system after making a report with the Tampa police about the vandalism.